Professor Charles Cain, Richard A. Auhll Professor of Engineering and Founding Chair of the Department of Biomedical Engineering at the University of Michigan, passed away at the age of 77 on March 27, 2019, after three years of fight with prostate cancer. Charles was born to be a scientist and educator. Charles was a pioneer in the field of therapeutic ultrasound in many ways and made sustained contribution to this field. He published over 180 peer-reviewed papers. He only wanted to work on new concepts and despised being a follower. His creativity and desire to lead resulted in his pioneering phased array research in 1990’s. His most important and recognizable contribution is the invention and development of histotripsy, an ultrasound cavitational therapy technology. He coined the term histotripsy in 2003, which had become a new field and a very promising ultrasound therapy technique with initial clinical trials.

Most clinically-used ablation technologies are all thermal-based, including radiofrequency ablation, microwave ablation, and high intensity focused ultrasound (HIFU). However, thermal-based techniques have inherent limitations, including the inability to remove tissue, inhomogenous ablation of large tissue volume due to the heat sink effect from non-uniform vasculature, and less or ineffective ablation near large vessels. To address these limitations, Charles led the group at the University of Michigan to invent an ultrasound cavitational ablation technology, which he termed as “histotripsy”. “Histo” means soft tissue in Greek, and “tripsy” means break-down. Charles wanted histotripsy to be parallel with lithotripsy, which is also a mechanically-based ultrasound technology to break up kidney stones (“litho” means stones in Greek).

Using microsecond length, very high pressure (p->15 MPa) ultrasound pulses applied from outside the body and focused on the target tissue, histotripsy produces cavitation microbubbles at a very controlled manner. The rapid expansion and collapse of the microbubbles fractionate the cells in the target tissue to liquid-like acellular homogenate, which is reabsorbed by the body via metabolism. Therefore, histotripsy has the capability to remove tissue, which has important implication in treatment of thrombosis, congenital heart disease, benign prostatic hyperplasia (BPH), etc. As histotripsy is not impacted by the heat perfusion or heat sink effect via blood flow, histotripsy can create fast, homogenous fractionation of large tissue volumes, with high precision even near large vessels. Thus, histotripsy has the potential to overcome many of the limitations of the current techniques for tumor ablation.

Before the invention of histotripsy, cavitation was deemed unpredictable and uncontrollable. Charles not only developed the device and parameters to generate and maintain cavitation in a controllable, predictable, and precise manner, but more importantly revealed the underlying mechanism (shockscattering and intrinsic threshold mechansims) to allow optimization. Since the first histotripsy presentation given by Charles in 2003, histotripsy had become a field of its own. Charles continued to contribute to the development of histotripsy, establishing and consolidating his status as the most recognized world leader in this field. He published a series of seminal papers on histotripsy, including the first 10 papers on histotripsy, each with well over 100 citations in less than 10 years. Given that these papers were published in ultrasound technical journals, the number of citations is a demonstration of the influence of his work. 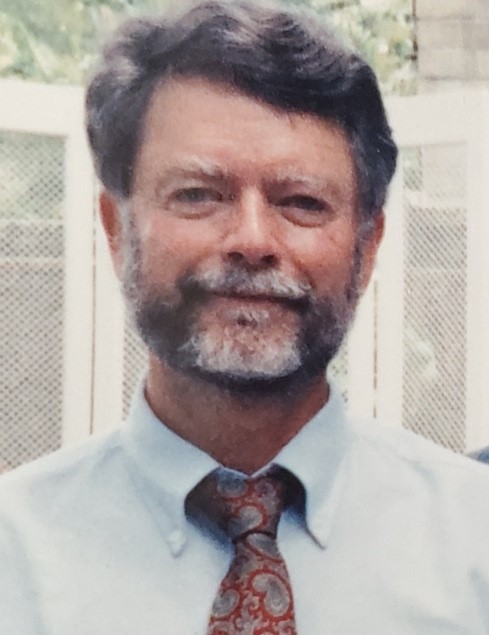 Charles at the University of Illinois

The research on histotripsy also opened up many new opportunities. An alternative of histotripsy, boiling histotripsy, was invented by University of Washington, with the first paper on boiling histotripsy published in 2010. There are now annual scientific sessions on histotripsy at International Society of Therapeutic Ultrasound (ISTU) symposium, IEEE Ultrasonics Symposium (IUS), and Acoustic Society of America (ASA) meeting. Histotripsy has been investigated for many clinical applications, including BPH, liver cancer, kidney cancer, prostate cancer, thrombosis, congenital heart disease, brain tumor, stroke, etc. A large body of ex vivo and in vivo pre-clinical research has been accumulated.

Before he developed histotripsy, Charles’ research explored several interesting topics, including the effects of microwaves on the immune system, microwave and ultrasound hyperthermia, sonodynamic therapy, and HIFU thermal therapy. For example, Charles and Prof. Shin Umemura were the first to publish papers on ultrasound phased arrays in the hyperthermia literature, which represented a visionary step that was crucial for subsequent developments in the use of phased array for HIFU and histotripsy. He led a very ambitious research program that pioneered other developments for hyperthermia that were ultimately extended to HIFU and histotripsy including multiple focusing, treatment planning, and novel ultrasound phased array designs.

In addition to be a brilliant scientist and leader, Charles was also an outstanding educator. He cared deeply about his students and junior faculty colleagues. He had produced an impressive list of Ph.D. students who are now faculty in the Big 10 and several others who are successful elsewhere. For instance, Emad Ebbini at the University of Minnesota works on dual mode phased arrays and HIFU, Bob McGough at Michigan State University is the creator of the popular FOCUS software package for simulating diagnostic and therapeutic ultrasound, and Zhen Xu at the University of Michigan is a co-creator of histotripsy, spear heading clinical translation of histotripsy for cancer and neurological applications. He recruited a number of ultrasound faculty to the University of Michigan BME department, who he helped with starting and furthering their career. The list includes Matt O’Donnell (currently at University of Washington, world leader in photoacoustics and ultrasound imaging), Cheri Deng (expert on sonoporation), Xueding Wang (expert on photoacoustics), and Zhen Xu. He was the director of the Biomedical Ultrasonics Lab (BUL) for over 30 years. BUL produced over 100 alumni in the ultrasonics field, many of whom became significant contributors in all areas of ultrasonics.

Beyond all his academic achievements, Charles was a loving and caring person with a big heart and a great witty sense of humor. He loved reading, nature and history. He lived his life with full passion. Charles was born in Tampa Florida, and raised in Miami Florida. He had a deep love of hiking and camping in the mountains, and his ashes was distributed in Wind River Mountains in Wyoming, which was his favorite camping destination. Above all, Charles was a beloved husband, father, and grandfather. He is survived by his wife, Li, three sons, Kent, James, and Robert, and grandchildren Travis, Jenna. He will be dearly missed by many people as a creative researcher, a caring mentor, a fearless leader, and a beloved family member.

Note: A fellowship for PhD students at the Department of Biomedical Engineering at the University of Michigan in memory of Prof. Charles Cain has been set up. If you would like to contribute, you can donate to the fellowship fund via this link: https://donate.umich.edu/POlbg.