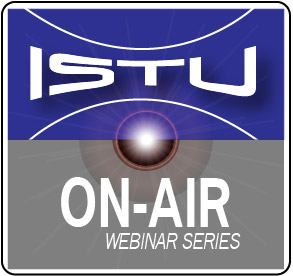 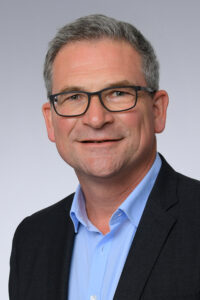 Holger Grüll studied chemistry in Cologne, Germany, and gained 1996 his PhD in Physical Chemistry. After his PhD, he was working several years as postdoc and guest researcher at the Ben-Gurion University of the Negev, Beer Sheva (Israel), the National Institute of Standards and Technology (NIST) in Gaithersburg (USA), and again the Ben-Gurion University of the Negev working on polymers, nanoparticles, biomimetic membranes and drug delivery systems. In 2000, he started his career at the Philips Research Laboratory in Eindhoven, The Netherlands, and became later responsible for the in vivo research on molecular imaging and therapeutic applications. Since 2007, Dr. Grüll and his team investigated new applications of MR-HIFU such as treatment of bone metastasis, ablation of sarcomas and pancreatic cancer, as well as hyperthermia for drug delivery using temperature sensitive liposomes. In 2007, Dr. Grüll was appointed professor at the Eindhoven University of Technology holding a chair for Molecular Imaging and Image-guided Interventions. In 2016, Dr. Grüll received an appointment full professor at the department of radiology, University Hospital Cologne, where he is now responsible for the translational research and application of MR-HIFU using small and large animal studies as well as clinical applications. Since 2021, Dr. Grüll also holds an appointment at professor at the department of chemistry, University of Cologne. Main HIFU research areas are hyperthermia-induced drug delivery with temperature sensitive liposomes, pancreatic cancer and bone applications such as facet joint treatments and bone tumors. Dr. Grüll also obtained his qualification and permit to act as a PI for clinical trials in spring 2020. Currently, he is the local PI for the EU Horizon 2020 funded clinical trial FURTHER investigating treatment of bone metastases with MR-HIFU. Two more clinical trials for MR-HIFU treatment of facet joint syndrome and pancreatic cancer are scheduled to start in Q1/2021.

This session was moderated by Kenneth B. Bader, Ph.D., Assistant Professor from the University of Chicago.

Kenneth B. Bader (M’18) received a B.S. degree in physics from Grand Valley State University, Allendale, MI, USA in 2005, and M.A. and Ph.D. degrees in physics from the University of Mississippi, Oxford, MS, USA in 2007 and 2011, respectively. He was a postdoctoral fellow under the tutelage of C. K. Holland at the University of Cincinnati, Cincinnati, OH, USA. Currently. Dr. Bader is an Assistant Professor of Radiology at the University of Chicago, Chicago, IL, USA. His research interests include the development and translation of histotripsy, and methods of image guidance for bubble-based therapies.